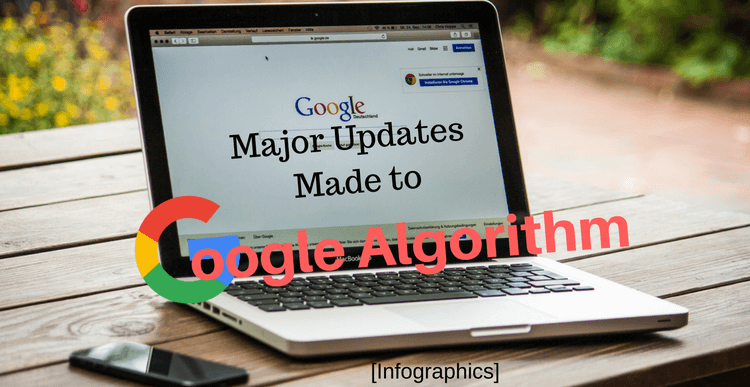 Infographics on major updates made to Google algorithm

Penguin is now real-time and now devalues spam by adjusting ranking based on spam signals, rather than affecting ranking of the whole site.

The main purpose of the update was to diversify the local results and also prevent spam from ranking as well. This particular update only impacted ranking in local results or Google Maps results.

Google started rolling out an update to mobile search results that increases the effect of the ranking signal to help our users find even more pages that are relevant and mobile-friendly. This update did not affect websites that were already mobile-friendly.

The rollout allowed anyone who was penalized by Panda in the last update a chance to emerge if they made the right changes. The impact was not immediate, and changes and ratings happened over a few months.

Google expanded the use of mobile-friendliness in ranking to affect mobile searches. There was an increase in high quality search results that are optimized for their devices.